What are Alkaline Foods
l

What are Alkaline foods? When the foods we eat are digested, either an acid or alkaline ash remains and has an influence on body chemistry and physiology.  This ash is nothing more than alkaline or acid minerals, with most natural foods containing both. The dominance of either in a specific food determines whether it is an alkaline or acid forming food. We call the foods that leave an alkaline ash, alkaline, and the foods that leave an acid ash, acid. Sometimes this can be confusing. Take citrus and some tomatoes for example; they taste acid, but actually leave an alkaline ash so are classified alkaline. The minerals that make up an alkaline ash are mainly calcium, magnesium, potassium, iron, and sodium. The minerals that make up an acid ash are mainly chlorine, phosphorus, and sulfur. 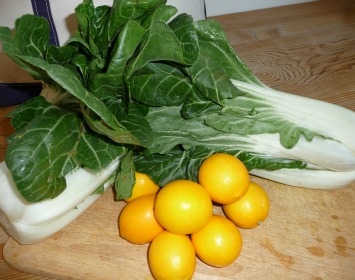 The majority of the world’s population today consumes too many acid foods, and this is having a major impact on global health and all related issues. Foods like meat, dairy, grains, and processed foods whose consumption is on the rise are highly acidic and can do great harm to the body, whereas most vegetables and fruits are alkaline and support good health.

Understanding the Importance of an Alkaline Diet

When acid foods are consumed, the acid ash must be buffered by alkaline minerals to keep the pH of the blood near neutral, at a pH of about 7.4. If the pH of the blood increases or decreases up or down very far from this slightly alkaline mark then death will occur. If alkaline minerals are not readily available from the ash of alkaline foods or mineral reserves in soft tissue then the body will take alkaline minerals from the most abundant source in the body, the bones. This is the reason we see countries with the largest consumption of animal products also having the largest incidence of osteoporoses.   Our bones are primarily made of alkaline minerals like calcium and magnesium, which the body does not hesitate to reclaim to keep the blood pH balanced and avoid death. The long term negative health impacts of demineralized bones are understandably less of a priority for the body than keeping alive in the short term.

Even though the blood may be balanced one’s body can become overburdened with acid waste simply because the body is not able to process and safely eliminate it. The tissues and organs can become acidified and the body produces fat to help insulate some of these acids. As more acidic foods are taken the body continues this stashing and fat collecting cycle, but the good news is that this is easily reversed. Overweight individuals can easily lose weight by adopting a diet high in alkaline foods.  Most experts say a ratio of 80 % alkaline foods to 20% acidic foods is a good frame work for achieving good health, but some modification may be necessary to find out what works best for you. Some people trying to reduce the conditions of a heavily acidified body may wish to go almost entirely with an alkaline diet in the beginning.

Just because a person is not overweight does not mean that they are not acidic, they may not be as acidic or their body has chosen a different method of dealing with the issue. Sometimes the body gives outward signs of an acidic body, which could be a simple as a cold or flu (the body trying to purge acidic poison), or red sore toes as in gout, an excess of uric acid in the body.

While it’s true that most people’s constitution will fit roughly into the 80/20 ratio it’s important to note that some people’s constitutions require more or less acid foods. Dr Gabrial Cousens states in his book, Conscious Eating, “It is not the food which determines if it makes us acid or alkaline. It is how the body responds to the food. It may be possible some people have a constitutional tendency to be either acid or alkaline in their metabolism regardless of their diet.”  Dr Rudolf Wiley Ph.D., has done research that supports the same theory and is published in his book, BioBalance.

You’ve probably heard people say they tried a vegetarian or vegan diet and it didn’t work. They say they had to put meat back in their diet and now feel much more balanced. In general a diet change like going vegetarian or vegan can take some time to adjust to; however it is possible these people needed some acid forming foods back in their diet to balance their systems. That could be done on a vegan diet or a raw vegan diet, but most people think they have to go back to their old ways. This is one reason I feel for most people a high raw diet is best, say 75-80% raw. The other 20-25% cooked foods help to relieve some of the physical and emotional stress that can accompany striving to be 100% raw.

Other Things that Create Acidity

Unripe fruit is a source of acid in the diet, which affects raw fooders in a big way because sometimes an entire meal of unripe fruit may be consumed. Oranges and tomatoes fit right into this scenario because of their acidity when not fully ripe, but any unripe fruit has the potential to create an acid condition. If you buy some fruit and you discover that it’s not ripe the best thing to do is to cut your losses and toss it into the compost. After all the idea of the diet is to become healthier…right?

Environmental pollution, toxins from toiletry, and cleaning or work place chemicals also produce an acid effect on the body. And here’s one that astounds many people at first, but if you think about it makes complete sense; negative thoughts or actions like hate, judgment, fear, hurtful words, etc., create an acid effect on the body. In contrast positive thoughts and actions create an alkaline environment.

Perhaps the biggest one of all is stress. Studies from around the globe show that the level of stress amongst all things may be the most important element in terms of being healthy or not, more important perhaps, or least as important as diet and exercise. Even if you’re following an alkaline diet daily stress in your life can send your body into the acid zone. After starting on an alkaline diet the single most important thing to do would be to reduce the stress in your life.

This List of Alkaline Foods is fairly comprehensive and show high to low alkalinity,as well as some acid foods.

Have your say about what you just read! Leave me a comment in the box below.